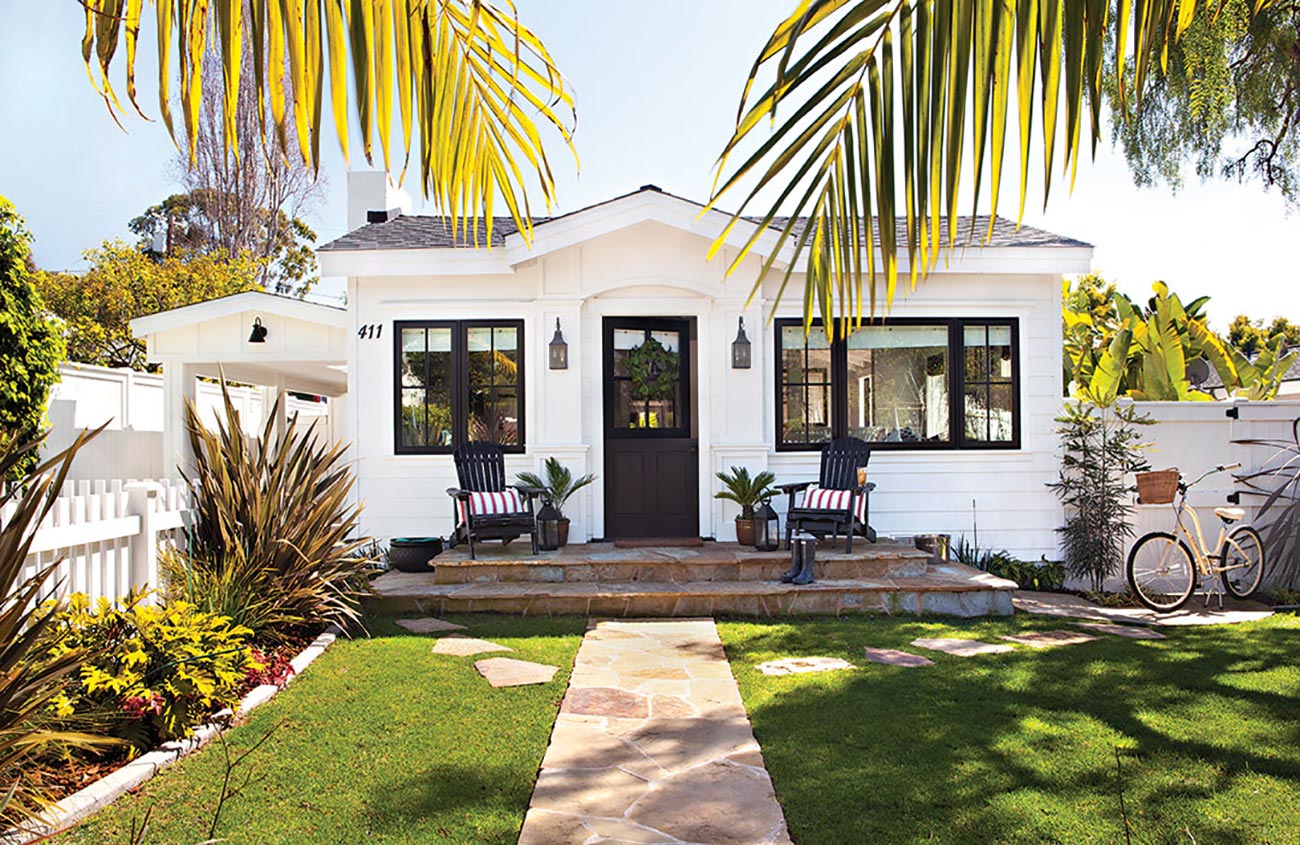 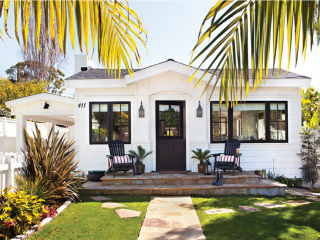 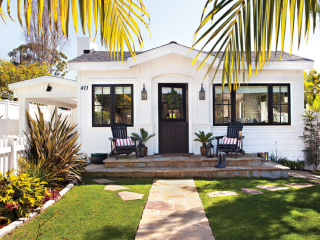 There was nothing perfect about the cottage that Jaime Saunders bought three years ago in Laguna Beach, California. The 1930s structure was showing its age and the interior layout was too cramped for her growing family (two young children under age three). But the location was exactly where she’d been hoping to settle down: It was walking distance from the beach, close to Main Street and the lively downtown area, and the tree-lined streets were too beautiful to resist.

She and her husband made the buy and prepared for a major remodel. Today, the open and airy layout provides an atmosphere. It’s perfect for patriotic cottage decor that celebrates the summer.

Opening Up the Cottage

For the first five months, the house was a construction zone, so Jamie opted to keep her family in a rental. Meanwhile, the ceiling was raised, new siding and insulation installed, the floors replaced and the windows changed out.

The couple also tore down a few walls to achieve a more open floor plan. Over the years, the cottage’s former owners had made their own slipshod additions to the original structure, resulting in a floor plan that was chaotic, inefficient and closed off.

You Might Also Enjoy: Tour A Cottage by The Sea

They removed a wall that divided the living room from the dining room, which immediately brightened up the space. Another wall blocking off the tiny galley kitchen from the dining room was also removed, giving Jaime a new light-filled kitchen with a large center island and a better workflow.

The couple reconfigured the rest of the cottage, taking it from a five-bedroom to a three-bedroom. They converted one of the bedrooms into a back den. Despite these changes, the couple managed to keep the original footprint largely intact.

A Breath of Fresh Décor

Once the house was move-in ready, Jaime began to create the sunny beach cottage of her dreams.

You Might Also Enjoy: Learn How to Prepare Your Home for Summer House Guests

“The goal I had with this house was to start fresh,” Jaime says. ”At the old house, I was really into dark wood with browns and beiges, and here my goal was to bring back a lot more color.”

To play up the cottage’s now airy and light interior, she chose a light palette. White walls reflect the light while warm walnut flooring adds a cozy rustic element and grounds her beachy décor.

“We wanted to keep an indoor-outdoor feel.” Jaime says.

You Might Also Enjoy: Step Inside A Beachside Cottage

With its unfussy collectibles and easy-care slipcovered couch, Jaime’s new look was effortlessly child-friendly. “Everything works for the kids,” Jaime says. “We went with slipcovered dining chairs and couches. The darker fabrics are durable but the white or oatmeal pieces can be easily washed. The reclaimed wood is also great because they can stand on it, color on it and play on it, and it isn’t destroyed. It just gets better.”

But not everything’s for the kids. In the master bedroom, Jaime aimed for an uber-relaxing feel. A soft blue on the walls creates an instant sense of tranquility. The upholstered headboard adds a cozy texture that dispels the idea that small rooms can’t feel luxurious. Pared-down furnishings and new French doors that face the lush garden also make the room feel bigger.

In the bathroom, Jaime went with tile and marble to recreate the feel of some of her favorite spa destinations. “I wanted it to feel like a vacation at home,” she says.