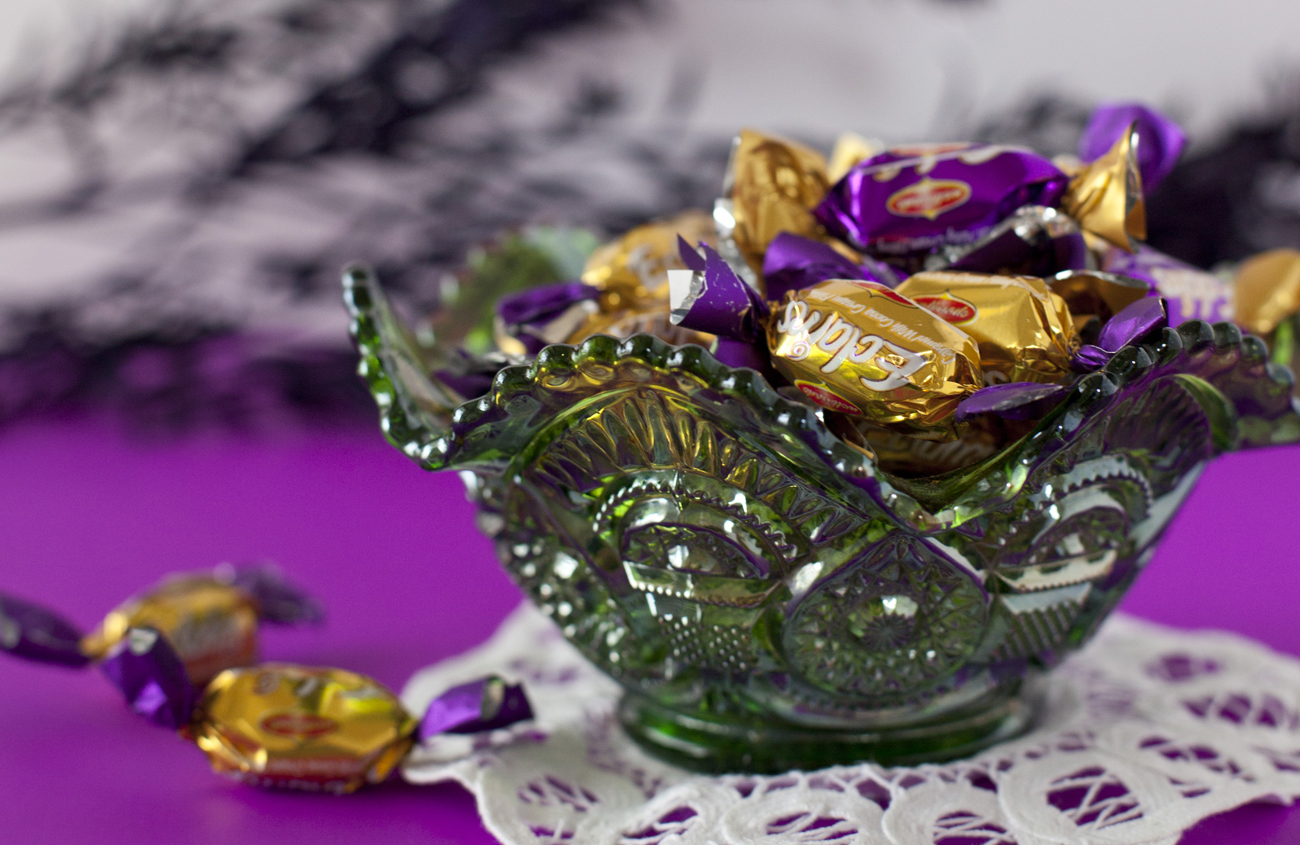 If you’ve ever been to a flea market or vintage fair, you’ve undoubtedly passed by a glistening piece of carnival glass. Produced from the early 1900s to as recently as 2011, carnival glass is easy to identify thanks to its iridescent finish.

What Is Carnival Glass?

Simply put, carnival glass is pressed glass that has an iridescent coating. The glass was poured into a patterned mold, pressed into shape and then sprayed with liquid metallic salts—creating its iconic iridescent coating. This simple process allowed for approximately 2,000 patterns to be made by multiple manufacturers, many of which are very similar and therefore difficult to differentiate.

Most collectors agree that Fenton Art Glass Company was the first to produce this collectible, what they originally introduced as “Venetian Art.” The beauty of this iridescent line of glassware caused Northwood Glass Company, Imperial Glass Company, Dugan Glass Company, Millersburg Glass Company and more to make their own versions of the shiny glass.

Despite its inexpensive production process, iridescent glass was originally sold for top dollar—but consumers weren’t willing to pay. With diminished value and lack of interest, the glass eventually became commonplace and inexpensive at carnivals, and a profitable market was finally found. Sold in five-and-dime stores and given away as prizes and promotions in packages of food and household products as well as in local stores, iridescent glass became a beautiful and affordable household item.

Competition led manufacturers to develop new colors and unique iridescent treatments. Orange was exceedingly popular. Makers developed their own take or finish, resulting in a range of hues from marigold to peach. Northwood became known for amethyst, cobalt blue, pastels and icy blue and green pieces. Imperial’s biggest successes were purple, Helios (a silver-like finish on green glass), and smoke (an iridescent gray finish applied to clear glass). Red was the specialty of Fenton and experienced the height of its popularity in the 1920s.

End of an Era

With the start of the Great Depression, production of iridescent glass halted. It started to become collectible following the end of World War II, when iridescent glassware became commonly known as “carnival glass.” In the early 1960s, Imperial began re-releasing some of its patterns, followed by Fenton in 1970. New patterns emerged, but Imperial ceased production once again in the mid-1980s. Fenton produced a limited number of items until its closure in 2011.

Most carnival glass is named for the base color of the glass before the application of the iridescent finish.