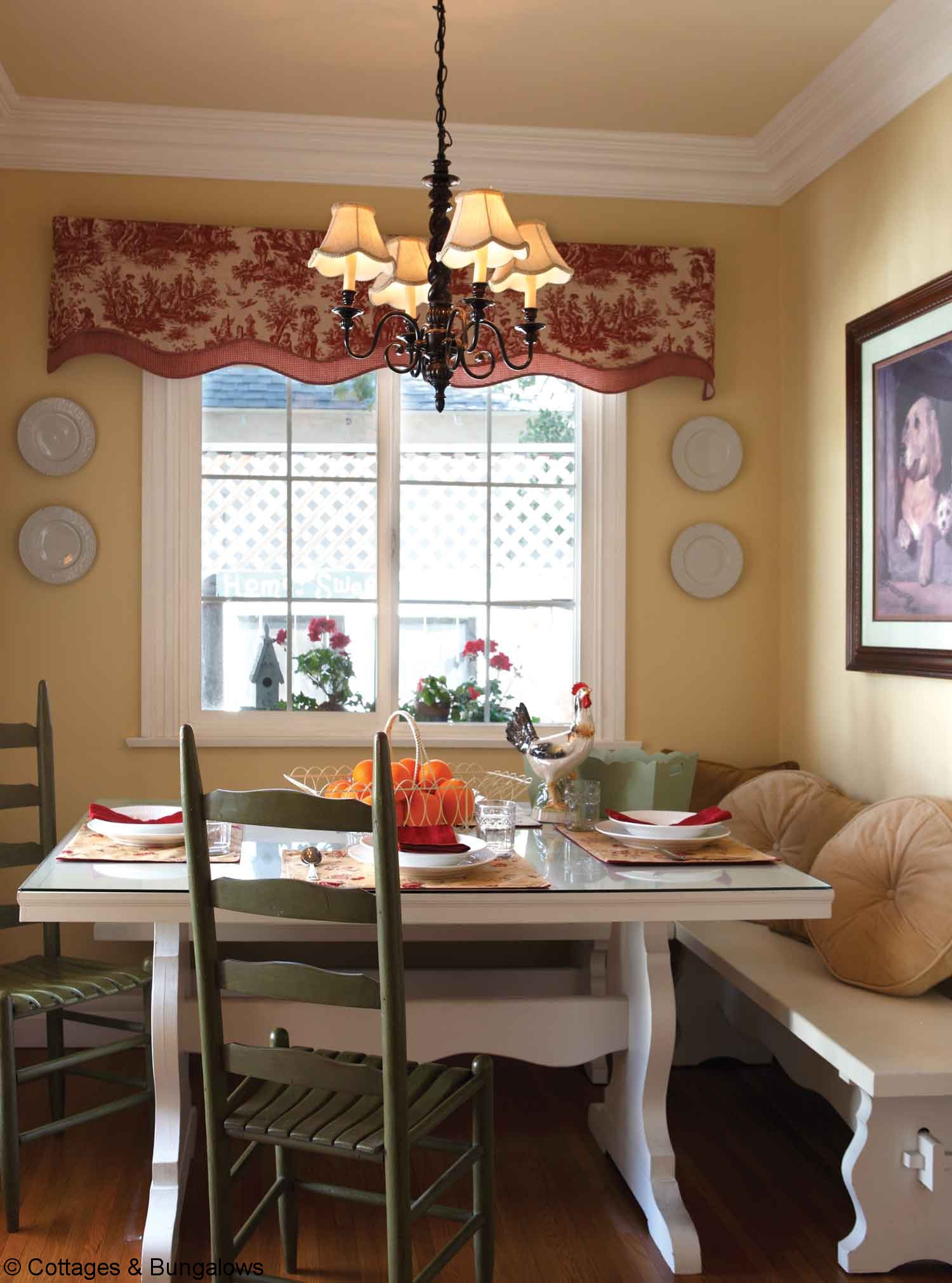 Transform a Small Cottage into the Perfect Space

Mike’s work had recently moved him from Exeter, in the central part of the state, into the quaint city and the couple was pleased enough to discover that Monrovia had a small-town feel, complete with an antiques row and a charming main street stocked with historic buildings.

The small bungalow continued the feel, and though the foreclosed property was in a state of disrepair and the couple had little information about its history, the great school across the street and the mature oak in the front yard were enough to entice the couple to take on a fixer-upper. “We didn’t have a long-term plan for when we moved in, but we took it one step at a time,” Mike says.

The two-bedroom, one-bath house was small, at just 800 square feet. Their children, 6 months and 5 years old at the time, would need some room to grow, however, Mike and Kim had time on their side. After spending the first year and a half settling into their new environs, their first order of business was to bring an outdoor laundry room indoors to make it easier for Kim to manage household duties and two boys at the same time. Mike developed an interest in home-building ever since taking a drafting class in high school; at their previous home in Exeter, he had made some small home improvements. That, combined with the on-the-job experience his career had given him, gave Mike enough know-how to back up their expansion plans. With this, their first main project for the house, the ever-meticulous Mike drew the plans and obtained the city permits himself. He also had some help from his young sons.

“We needed to find all the plumbing hookups, so I told the boys that we had a treasure hunt planned,” Mike says. “I had gone to the city to pull what maps I could get, then I drew up a map for them with an “x” to mark the spot where we would find the pipes.

We had fun following the map and making a game of it, but when we dug up the trenches and they didn’t find a treasure, they weren’t too thrilled.” Despite the setback, the laundry room was moved indoors, and Mike was able to add a master bathroom and a pantry for the kitchen. Within two months, the family gained just enough room for comfortable living as their boys grew.

Six years had passed before the couple felt the pangs of growing pains once more at home. By this time they discovered the age of the house, which they learned was built in 1926. They also learned what their family needed in terms of usable space, and Mike began plans to expand the home once more, this time adding a third bedroom and enhancing the outdoor living areas.

“Adding the bedroom was a little bit more challenging because we had to deal with setbacks with deliveries. We added a patio cover at the same time and we were dealing with different elevations because of the height of the existing house, so it kind of put a limit on what we could do with the project,” Mike says. This time around, the boys weren’t so easily persuaded to pitch in. Nonetheless, Mike completed the project on schedule. With the addition, the house had grown from 800 square feet to a comfortable 1,500 square feet. However, the family needed to be able to use the outdoors more efficiently. They had come to realize that outdoor entertaining allowed them to better accommodate many family and friends, so Mike set out to enhance the garden. He added a pergola, which they’ve use to house an outdoor dining table, an outdoor sink where the laundry hookups once were and an outdoor shower for the pool Mike added himself. “It’s actually a raised pool, a doughboy, which I set into the graded landscape,” Mike says. Half of it is set into the ground and for the other half, which is raised, we built a deck that is level with the pool.”

The last step was to remodel the kitchen. For the two-and-a-half week project, Mike changed the cabinetry, installed granite countertops and refinished the ceiling with white pine strips for a country cottage look.

Inner Beauty Cottage style has always been a favorite for Kim. The Newtons’ decor is a mix of classic cottage elements, such as turned-leg tables and ladder-back chairs. Overstuffed couches and sentimental collections add a relaxed comfort to the rooms. Kim’s guiding principle, however, is that each of her finds has to be budget friendly or, due to limited space, practical.

“My style is really anything I could afford,” she laughs. “I am very budget minded. We do like traditional cottage themes, but mostly I love anything that has been handed down to us. I try to incorporate those kinds of things in every room, anything that belonged to my parents or grandparents, or Mike’s. Those are the things that are of value to me.” The dining room and living room had particularly challenging space-related decorating dilemmas. The living room floor plan placed the front door against one wall, creating awkward spacing between the walls and fireplace. Most standard size sofas wouldn’t fit, so the Newton’s custom ordered a sectional. In the tiny dining room, the picnic-style table and bench the couple inherited from Mike’s family wouldn’t fit, so Mike cut it to fit flush against the wall. Two extra dining chairs add flexible seating, and Mike and Kim were able to use a beloved piece of furniture handed down from family. With Kim’s creative eye and Mike’s do-it-yourself skills and ingenuity, the couple has carved out a unique, special home that perfectly fits their specifications as well as their lifestyle.

Get the Perfect Period Kitchen in 9 Easy Steps

House Tour: A neglected 1912 bungalow is restored to its former glory