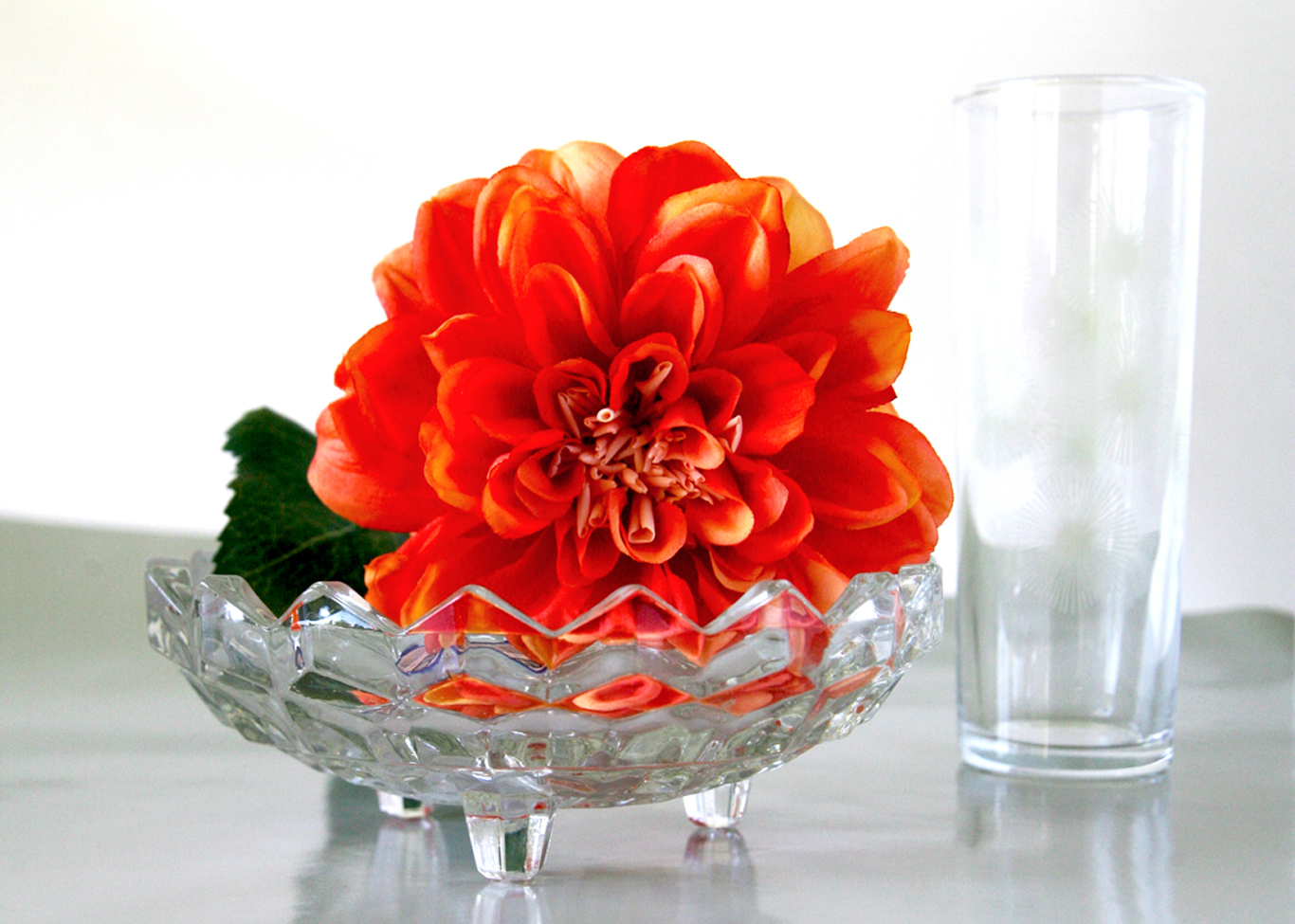 If the bright and cheery hues of Cubist glass, one of the most popular designs made by the Jeannette Glass Company, feel familiar, it’s because they come from the same era as Depression glass, one of the most collected types of vintage glass. What sets Cubist glass apart is its uniquely angular and geometric pattern of offset squares that create the illusion of miniature cubes emerging everywhere.

Jeannette Glass Company, formerly Jeannette Bottle Works Company, can actually be traced back way before the Great Depression to 1887 Pennsylvania, when the company specialized in making bottles, medicine jars and even car headlights. As it was for many glassmakers, the Depression proved to be a boon as the company diversified and found its way onto the tabletops of budget-conscious women’s households.

Like Optic glass made by Anchor Hocking, Cube, or Cubist, glass departs from the ornate floral-inspired patterns of Depression glass in favor of bold lines and a geometric look. Unlike other Depression glass patterns, Cubist glass (made between 1929 and 1933) had patterned rims too.

It’s no accident that the Cubist patterns resemble the highly sought-after Fostoria American crystal of the same era. It was marketed as a less costly option. You can tell the difference in the mold pattern; clear Cubist glass was less polished and had two mold lines, while Fostoria American was silky smooth, clear and bore three mold lines.

Also, unlike Fostoria, which rarely produced colors, Cubist glass was made in select colors, including amber, yellow, blue, green, pink, red, ultramarine, milk glass and crystal. Not all pieces were marked, but if they were, they bore the letter “J,” which was often enclosed in a box or triangle.

$50–$250 depending on the size and condition. The patterned edges were susceptible to chipping and, as with many tabletop collections, if your piece has an accompanying lid intact, expect the price to go up.

4 Ways to Display Your Vintage Treasures