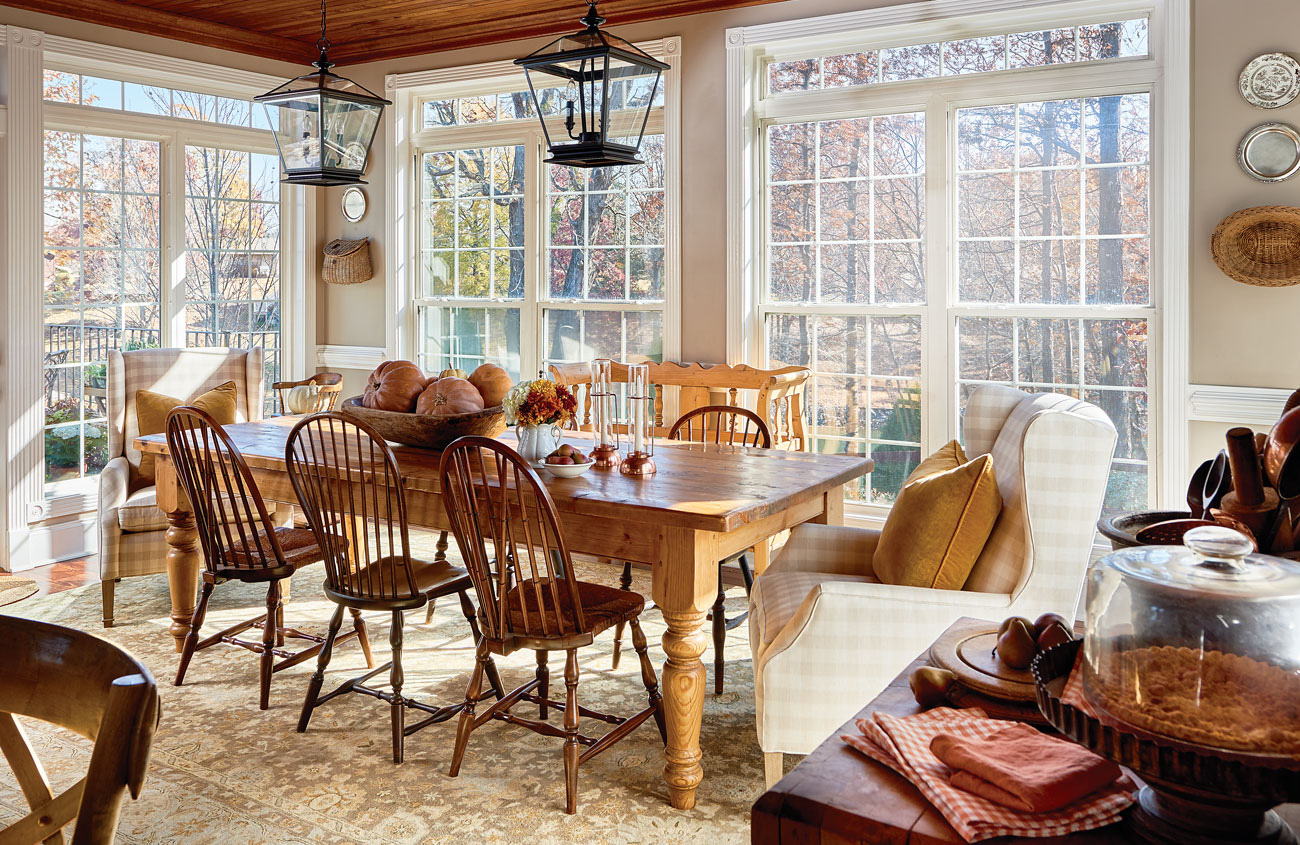 Welcoming Fall at the Lake House 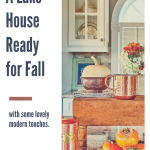 It’s easy to keep looking out to new horizons when it comes to house hunting, but if you’re like the Thomases, you realize the best place to be is where you came from. Christie and Rob Thomas grew up on Lake Wylie, so that’s where they found their lake house. “We knew we wanted to live on this same lake and create similar childhood memories for our kids,” Christie says.

So in 2000, they bought a home in Rock Hill, South Carolina, right near the lake they’d loved as children. Built in 1997, with four bedrooms and three and a half baths, it has everything they’ve needed to raise their three kids, now teenagers.

“The builder wanted the lake to be seen from all the rooms in the house, so it was built with that in mind”

“The builder wanted the lake to be seen from all the rooms in the house, so it was built with that in mind,” Christie says. “The house sits high on a small peninsula, so this made it easier to achieve the lake views.”

“There is a very distinct smell to the lake and once it’s in your blood, it’s hard to depart from it,” Christie says about the decision to move back to Lake Wylie from Charleston, South Carolina, to raise their children. “We wanted it to be a place of nostalgia for us and a place to make good memories with them.”

Many of those memories are made in the kitchen. The very first piece of furniture
Christie and Rob bought for the lake house was the kitchen table, a pine farm table. Over the past 18 years, the Thomases have imbued it with history, seen in the fork indentations and paint splatters that cover the table. “Sitting together at the dinner table is a priority,” Christie says. “Our best conversations and probably the most laughter have been in the kitchen.”

“Sitting together at the dinner table is a priority,” Christie says. “Our best conversations and probably the most laughter have been in the kitchen.”

The home may look small on the outside—only one story can be seen from the front entrance—but a finished basement added bedrooms, a bathroom and a laundry room that offer the family plenty of space.

Other improvements over the years have included redoing the fireplace in Colonial style, as well as renovating the front entrance. The Thomases wanted a larger porch and the ability to open the doors and let fresh air in; the screened windows on the doors open up to allow air flow even when the doors are closed.

“We are not a ‘take your shoes off at the door’ family,” Christie says. “We ‘live’ in the house, and most days it’s really messy, full of our kids and their friends.”

Storage elements like the old baskets Christie collects serve a double purpose: to “corral the mess,” as she puts it, and to add character to the home.

Lake House with a Modern Touch

The house may be full of the Thomas kids and their friends, but there’s still plenty of space for style. “I love early American baskets, pewter and furniture, which I think, because of the lines, can look quite modern,” Christie says. She describes her style as modern Colonial, taking elements from early American traditions and giving them a contemporary touch.

We change our wardrobes for the changing seasons; similarly, I like to change my house.

“It’s a simplified, fresh look of using antiques and tying them in with pieces that are modern,” she says. “I might take a really old Colonial chair or Windsor chair and add a great piece of art that makes it look fresh and modern.”

Fall at the Lake House

Christie’s Windsor chairs scattered throughout the home often serve as stands to display other décor or seasonal accents like pumpkins. The home has a neutral palette so Christie can change out décor with the changing seasons. For fall lake house decor, she keeps to browns, greens and golds, with natural accents like pumpkins and leaves, flowers and twigs she picks from outside.

Christie enjoys using pillows: For fall, she brings out her set of Everyday Occasions by Jenny Steffens Hobick. Velvety textures, warm colors, and patterns using natural icons like acorns bring the feel of fall indoors. “We change our wardrobes for the changing seasons; similarly, I like to change my house,” Christie says.